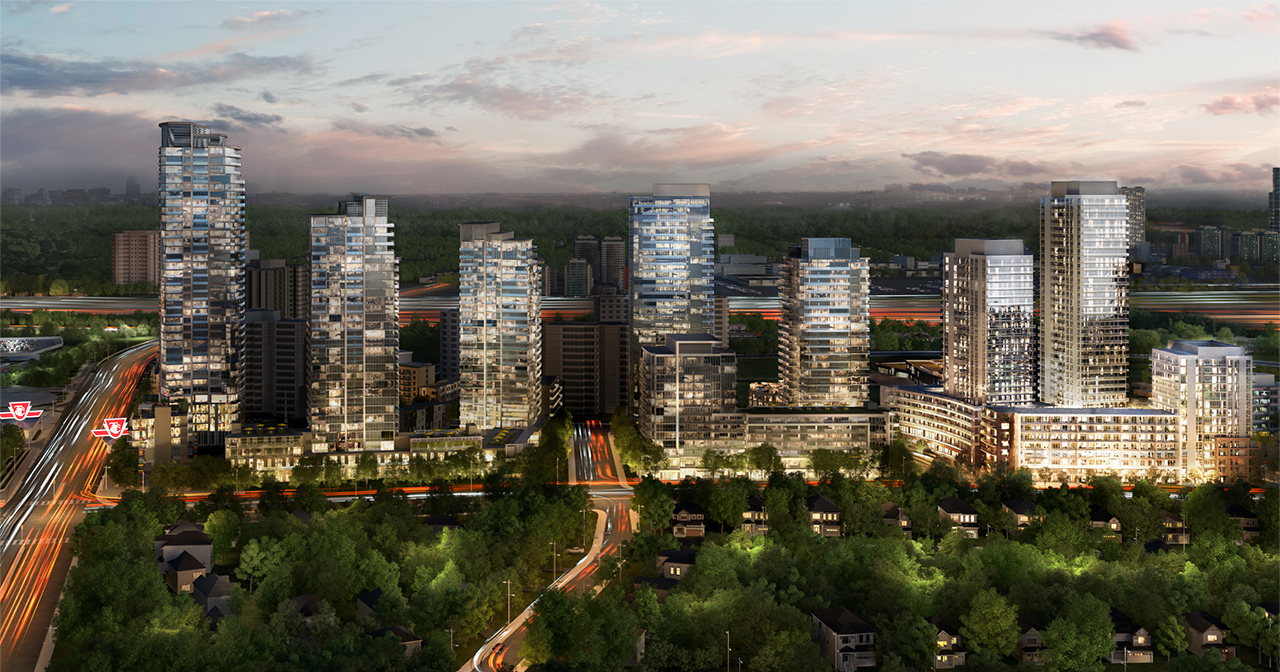 The Emerald City master-planned community is situated in the heart of North York on an approximately 35-acre site. Acquired in 2004, the site was identified as a prime location for multi-residential redevelopment and has become a flagship project.

Located at the intersection of Don Mills Rd. and Sheppard Ave. East, Emerald City is close to Fairview Mall and Don Mills subway station on the Sheppard subway line, providing residents with convenient access to public transportation and shopping essentials. With highways 401, 404 and the Don Valley Parkway close by, Emerald City is ideally located nearby the major commuter routes in Toronto.